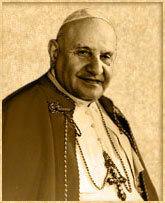 “In calling the Second Vatican Council, the prayer of Pope John XXIII was that the whole Church would experience a new Pentecost. It was in the “Spirit” of Vatican II and the inspiration of John XXIII that our community was formed.” – taken from the 10th Anniversary book.

The planning and construction of the Community’s buildings

As recalled  by Neil McPeake

As is recorded elsewhere the Parish of Modbury was proclaimed by Archbishop Gleeson on the 26th. January 1973.

For those that can go back that far the area was originally all part of the Walkerville Parish which broadly went from it’s junction with Prospect, Nth Adelaide and Clearview parishes: as far as one could see to the top of the hills to the northeast. The Hillcrest Parish was cut off from Walkerville and encompassed all that area east of O.G. Rd., near the same time Greenacres Parish took over the top end of Clearview Parish.

In those days when you passed the Windsor Hotel the land was mostly a few scattered houses amongst the thistles. Lyons Rd. was a dirt road that intersected on an angle with the North East Rd. Further out at Dernancourt and Hope Valley and Highbury were market gardens and vineyards. When Lorraine and I moved from Gawler to Highbury in 1959 many of our friends asked us things like; will you always live so far out? we used to remind them that Highbury was closer to the city than Port Adelaide.

For our first 10 years or so in the area mass was held at the church in Windsor Grove Windsor Gardens, this church was an old RAAF hut from the Air Force Base at Mallala, and the priest used to come for 7.30am mass in the Tea Tree Gully Institute in William St. bringing two Brigidine sisters from the convent adjacent to the Windsor Gardens church to give the Tea Tree Gully children some R.E. after mass.

The priest would then come on to the Hope Valley Institute on Valley Rd. to say 9.00am mass, the local postmaster at Tea Tree Gully, Jack Ellwood and his wife would give the sisters breakfast and then bring them on to Hope Valley to give the local children R.E. after mass whilst the priest came to our place to have breakfast.

The sisters would walk down from the Institute to our place to be taken back to the convent. In those times the Brigidines were not allowed to enter a private home without special permission, so they simply walked to the pries’s car, which was never locked, and sat in the back until the priest came out to take them home. At this time the sisters were in full habit and on a hot day, whilst we were able to bring them cool drinks, they had their little bit of Purgatory. This all changed when the new church was built at Tea Tree Gully in 1969, when mass was at either Hillcrest or Tea Tree Gully.

On the 26 January 1973 the Hillcrest Parish was split into three parishes, what is now known as Dernancourt Parish and Tea Tree Gully Parish were kept under the Oblates of Mary Immaculate Order and the centre section was proclaimed the Modbury Parish. After the proclamation of the Parish a meeting was held with most of the Parishioners effected by the splitting and whilst we had been involved with building the new churches at Tea Tree Gully and Dernancourt our section was left with only a 5 acre piece of land on Reservoir Rd.

What was a plus for the Modbury Parish was that in the split a large percentage of the more prominent workers on Parish committees and the like finished up in Modbury Parish, whilst getting pretty thin on the ground some of those people are still around today. The other plus for Modbury was that many thought that mistakes had been made with buildings in Dernancourt and Tea Tree Gully, whereas Modbury had only this piece of land on which to build on.

Incidentally the 2.5 acre piece of land that the Centre is built on was given to the Church by the then prominent racing identity Dan Moriarty with the right for the Church to purchase a further 2.5 acres adjoining at the going valuation, this is the piece of land that has now been sold. All of the land was vineyard.

A planning committee was formed in early 1974 and by this time we were all very aware that Modbury was going to be a very different Parish from what we had been used to under the influence of the Oblate Fathers. With the changes brought about by Vatican 11, our involvement with the Seminary with the seminarians being a part of the Parish life and more importantly the vision that our Parish Priest Fr. John Halloran had, had all played a part in changing most of the parishioners views  from that of simply Church to Church Community.

In March of 1974 a survey was taken of the Parish to determine the type of building that would best suit the Parish. The result of that survey was overwhelmingly for a Community Centre. At this time I was travelling interstate a fair bit and was asked by the planning committee if I could look at some buildings that could be along the lines that we were looking for.

I first looked at the church at Malvern in Melbourne that Fr. John had remodeled, then up to Yallourne to a very modern church. Then on to Sydney and looked at the new Anglican church at West Pennant Hills and the Church of Christ (American) at Eastwood, and the new Catholic centre at Mt. Druit with Fr. Hugh Murray who later spent some time at Modbury. Then up to see the most versatile building of them all the new Franciscan Centre at Kedron just north of Brisbane. To my surprise when I was through Brisbane last year I found that this building has been replaced by highrise units.

Some very good ideas were gained from these buildings, mostly in being able to convert the building to several uses by the use of moveable partitions. However most of these buildings were Churches and not intended for multiple use except the Mt Druit Centre and the Franciscan Centre at Kedron.

At the time I had been involved in building several churches and priced for the construction of several others on which we were unsuccessful, therefore had been able to look at the plans, all were along the same lines and none would have suited Modbury Parish.  I had however been doing some exciting buildings for a young architect who had left Adelaide and worked in Canada for some time by the name of Geoff Nairn and I suggested to the planning committee that we ask him to give us his ideas on our needs strictly on a no cost basis for a start.

The result of that first meeting was that Geoff came up with the basic concept of a building in the form of a village, a community, a building in the form of several tents, hence the many different shaped roofs of the centre. The basic design was accepted by the planning committee and Geoff Nairn was  commissioned to draw up preliminary plans to be submitted to the Sites and Architecture Committee of the Catholic Church Endowment Society which owns all Church buildings in Adelaide.

Because I had not been involved in the planning of any of the churches that I had built, Fr. Halloran was from Victoria where parish priests have a relatively free hand and Geoff Nairn had not been involved with Catholic Church work before, we were all unaware that the then Archbishop kept a very strict hand on the planning of buildings in the archdiocese. So much so that when we fronted up to the Archbishop at Church Offices to present our proposal for his preliminary approval, we were all given a ‘dressing down’ by His Grace, with a special one for Fr. John ‘who should have known better’  than to proceed with even the preliminary concept plans without first getting his approval.

But after the poor start to the meeting we did get the approval of the archbishop to go further with the concept and start to get construction drawings going and some costings done. Because it was my intention to tender for the construction of the Centre and the Presbytery I resigned from the planning committee before the plans were finalized.

Tenders were called from 4 selected builders, of which I was one. The basis of this type of tendering is that the builders were approved to be able to construct the building the only consideration was the lowest price would get the contract.  My price was less than $100 more than the lowest for the construction of the Centre but I was successful with my price for the Presbytery. Contracts for the construction were signed on the 3rd November 1974.  The construction proceeded with two builders on the site. Fr. John moved into the Presbytery on 21 June 1975 and masses started in the Centre on 15 August 1975 with the Centre officially opened on 24 October 1975.